About Riley
Riley Weston has worked as an actress and writer on many television shows and feature films. She is now living in Nashville, focusing on her music career and her writing! 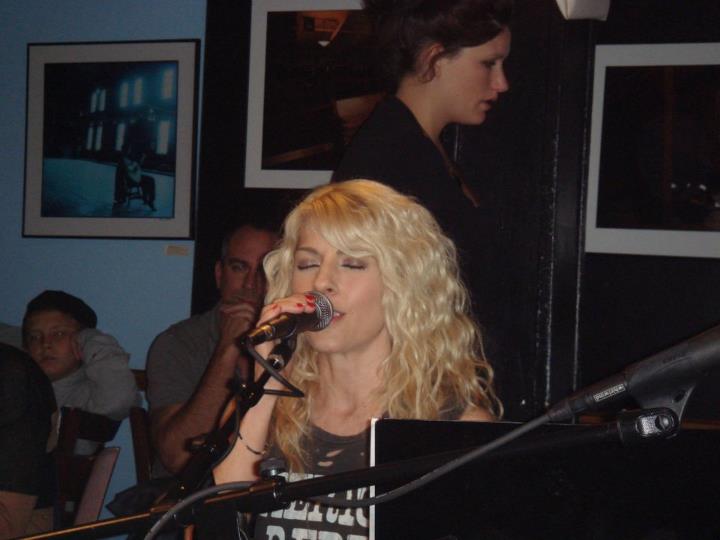 There are multi-hyphenates, and then there is Riley!

Riley Weston started out working as an actress and writer on many television shows and feature films. She has starred in the hit TV movie, What About Your Friends, written for the television drama, Felicity as well as guest-starred as Story Zimmer. She quickly grabbed the attention of Touchstone Pictures and Television brass who signed Riley to an acting and writing development deal. She then wrote and starred in the highly rated ABC television movie, Christmas at Water’s Edge.

She went on to film a cameo role in the horror film, The Cutting Room. Riley created the hit web-series, Being Bailey, for GoTV Networks, which she also produced. She also wrote Dark Beauty, starring Elizabeth Berkley as well as Damaged starring Chris Klein, both television movies airing on Lifetime.

Riley filmed a supporting lead in the indie feature film, Footprints. She plays a disturbed runaway in Hollywood who dresses up as Super Girl.  It was named "One of the 10 Best Films so Far this Year" by the Chairman of the NY Film Critics Circle.

Having acted, written and even produced…Riley added author to her hyphens! She received three awards for her debut novel, before i go: an IPPY Award for Story Teller of the Year, the Grand Prize at The New York Book Festival as well as the top honor as Best Fiction. And lastly, Riley received a Book Sense Pick Award.

A few years ago, she traded Hollywood for Nashville! Not knowing anyone when she moved to Nash, she has been extremely busy adding country music artist and songwriter to her already impressive resume. In only a few years, Riley has opened up for Lee Brice and Montgomery Gentry! She has played the famous Bluebird Café countless times! She also plays at the very popular Listening Room Café as well as Puckett’s in Franklin!

The beginning of 2020 has already been exciting! Riley had her very first song cut by Shenandoah! The song was written with two of her best buddies {Wil Nance and Pete Sallis} and the title is “Shoes Under My Bed.”

And if you’re a fan of Hallmark, keep a close eye on the channel as Riley has a NEW CHRISTMAS MOVIE coming soon! It’s called A BRIGHT & MERRY CHRISTMAS! Stay tuned for details!

Riley is excited to also be meeting with producers about the movie version of her award-winning book, before i go. Having already written and recorded the movie’s theme song, Riley is now training to play an Olympic ice skater for the film in her “spare” time.